Aeromar is the largest airline company in Russia producing food for air passengers. We provide services for cleaning and equipping aircraft interiors, as well as providing trade.
1989 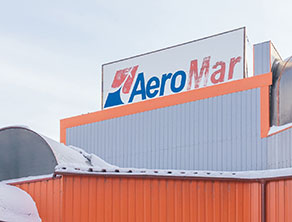 The creation of modern catering at Sheremetyevo Airport was a significant step towards improving the culture of passenger service on aircraft of both the national air carrier Aeroflot and foreign airlines. In the context of competition between the world's leading airlines, it was very important for Aeroflot to form its own completely new image, and Aeromar JSC became a part of this target strategic program.

The history of Aeromar JSC began in 1989. Aeromar JSC became the second joint Soviet-American enterprise in the USSR after McDonald's. The founders of the enterprise were: on the one hand of the USSR - TSU MVS Aeroflot, 51% of the shares; from the US side - Marriott Inflight Services, a subsidiary of the Marriot hotel chain, 49% of the shares. From the merger of the first syllables of the names of the parent companies, the name of the new company arose. As a contribution to the authorized capital, Marriott Inflight Services provided its know-how and advanced technologies for organizing the catering business, overhaul of production workshops was carried out, modern technological equipment was delivered and installed from England, Germany and America, and the on-board catering workshop was equipped with quick cameras cooling and shock freezing. An air conditioning system was installed. With its introduction in the shops of cold and hot food, the necessary temperature conditions are constantly maintained for the preparation and serving of on-board food in accordance with the requirements of the “HACCP System”, which allows you to maintain freshness of products throughout the entire production process. In the years when Aeromar was created, domestic on-board catering enterprises had no idea about modern technological processes. Foreign experts contributed their know-how - Cycle Time and LIN technologies were introduced, which made it possible to correctly calculate and control the delivery of products and equipment, rotate products, minimize production waste and minimize losses. 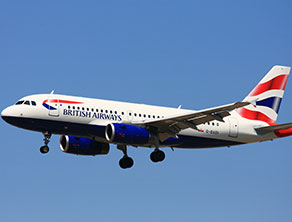 The first foreign client of Aeromara was British Airways. Since October 1990, the airline began to use catering services in full, since at that time the quality of the meals provided by JSC Aeromar to business and economy class passengers met all international requirements and standards. Until October 1990, foreign airlines preferred to use food prepared abroad. In the early 90s, trade and economic borders were opened in the former USSR, and Aeromar was one of the first to create a customs warehouse and received permission to import high-quality products from abroad. As a result, the quality of on-board catering has improved. Packaged products were purchased abroad that were not only beautifully packaged, but also of high quality. 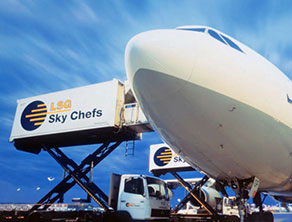 Since 1996, LSG Sky Chefs, a joint venture of Lufthansa Service Holding and the Canadian company Onex Food Service, has joined the founders of Aeromar CJSC instead of Marriott Inflight Services. This company is one of the world leaders providing catering services, which allowed Aeromar specialists to use the latest achievements in this business field. 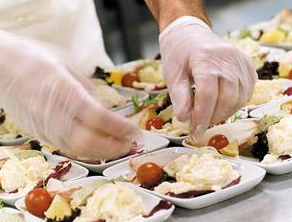 In 2003, Aeromar, together with Aeroflot, developed and introduced the performance of restaurant-class food “Performa” for business-class passengers. Thanks to the Aeroflot program, it is among the five best airlines in Europe. The implementation of the Performance program by Aeromar and Aeroflot companies has fundamentally changed the minds of passengers using the airline's services. 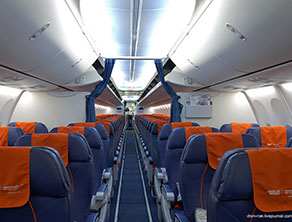 In April 2009, at the initiative of Aeroflot, Aeromar JSC transferred service management functions on board airliners, and in July 2009 the functions of cleaning and equipping, picking and delivering items of service and comfort to aircraft. 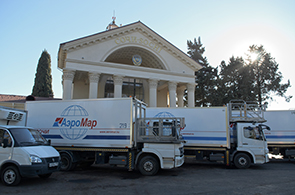 On January 9, 2014 JSC Aeromar opened a branch at the airport of Sochi. The branch’s beginning was timed to coincide with the start of the XXII Winter Olympic and Paralympic Games and is designed to ensure full compliance of the city’s airport infrastructure facilities with the requirements of high-quality and safe passenger flow service for flights arriving and departing during the events.

Being a member of the Aeroflot Group, the priority task of the branch is to provide world-class flight catering to the member airlines of the Group - OJSC Aeroflot, OJSC DONAVIA, OJSC Orenburg Airlines, etc. The branch is interested in maximizing the share of its business in airport, including due to a specific category of business clients. 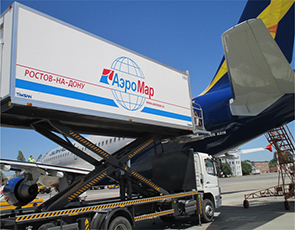 As part of the implementation of the strategy for expanding the company’s activities at the airports of the Russian Federation, on February 11, 2014, a branch of JSC Aeromar began operating at the airport in Rostov-on-Don. Catering is located on the territory of the airport platform and acts as a provider of in-flight catering and internal cleaning services for the base airline DONAVIA, as well as for airlines operating from the airport. Rostov-on-Don - “North Wind”, OJSC “Orenburg Airlines”.

The material and technical base of catering at the moment involves the production of 3-4 thousand rations and the service of 12-15 flights per day. 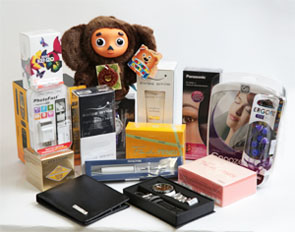 In April 2014, a new project was launched at Aeromar JSC - the organization of a trading service on board the aircraft of the airline of OJSC Aeroflot - SkyShop. The employees of the unit are an experienced professional team, ready to work and develop effectively. Since that time, the range of goods for trading on board has been significantly updated and increased, a wide variety of categories of goods for the choice of passengers are presented: perfumes and cosmetics, jewelry, watches, electronics and other categories. The SkyShop catalog contains unique and exclusive products that are difficult to find in ordinary stores, new items and bestsellers, gifts and souvenirs. Even the most demanding passenger can find products to their liking in the SkyShop catalog. All products are selected carefully and must meet the requirements of air transportation, as well as be suitable in size and packaging for transportation in semi-carts. All products are purchased from official suppliers, trademark owners and their distributors. The on-board trade unit provides acceptance of the ordered goods, fully controls the accounting, packaging, statistics, labeling and other necessary operations during the work of the “heavenly store”. SkyShop also formed a team for the training and motivation of cabin crew. The group’s employees have direct contact with airline flight attendants, establish a feedback system and help SkyShop develop dynamically and prevent possible problems.

Press About Us
News